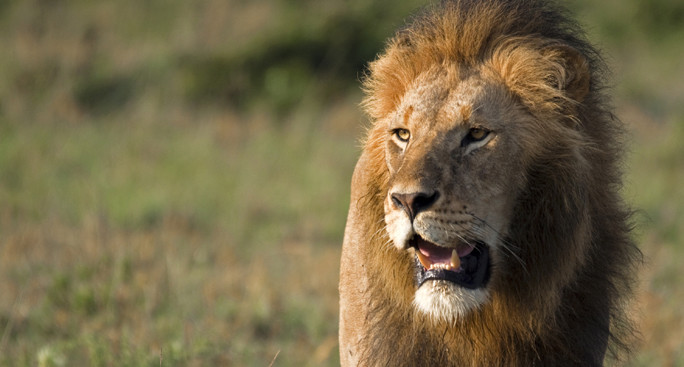 Tonight’s program title could easily be “Inspired by Africa – Yet Again.” Although this concert is the first in the six-year history of Griffin Choral Arts to focus virtually exclusively on music either of African origin or inspired by those cultures, no fewer than two other GCA concerts (March 2009 and May 2012) have included pieces either from or about Africa.

Of special interest in this regard is the featured work of the program–Missa Kenya, by Paul Basler–and we are greatly honored to have the composer with us tonight, including in the role of horn soloist in this and another of his compositions.

Tonight’s program title could easily be “Inspired by Africa – Yet Again.” Although this concert is the first in the six-year history of Griffin Choral Arts to focus virtually exclusively on music either of African origin or inspired by those cultures, no fewer than two other GCA concerts (March 2009 and May 2012) have included pieces either from or about Africa.

Of special interest in this regard is the featured work of the program–Missa Kenya, by Paul Basler–and we are greatly honored to have the composer with us tonight, including in the role of horn soloist in this and another of his compositions.

The Swahili title of this processional song is “Jambo rafiki yangu,” meaning “Welcome, my friend!” At his website, Californian composer David Montoya recounts, “’Jambo’ was written after I had been listening to the music of the exceptional Nubian singer and oud player Hamza El Din.  I began to try capturing some of the rhythms that I heard in his music.  With a tune and a few ideas for lyrics, I collaborated with Ms. Carah Reed, who knew Swahili, to create the text.  What came about was a joyful tune of welcome that has been a favorite of singers and audiences every time it has been performed” (www.MontoyaMusic.com). Included in the welcoming lyrics are the sentiments “Always remember (or understand) me, and I will understand you.  You are so wonderful.”

“Horizons” was commissioned in 1995 by the King’s Singers for their 1995 tour of South Africa and in honor of the San, a tribal bush people who were virtually wiped out by English and Dutch colonists (as well as by rival tribes) in the 1700’s.  As the preface to the work explains, “Sadly, the very people the San saw as gods, certainly in terms of stature and relative opulence, were to become their executioners. . . .  Physically small, the San described their larger European [invaders] as animals without hooves,” hence the loving focus of the lyrics on indigenous South-African animals such as the springbok and eland.   In their gentle, non-confrontational ways often mistaken for cowardice, the San people blend nature, animal, and human into one continuous consciousness, so innocently that in the lyrics they see the arrival of their eventual executioners as the harbingers of “new and far horizons.” In tonight’s concert featuring percussion instruments, this piece is remarkable for the number of non-instrumental percussion effects using voices and other hand percussion to imitate the instruments used both by the tribe and the armies arriving with bugles and snare drums.

South African composer Peter Van Dijk (b. 1953) continues an active career as composer, performer, teacher, and conductor.  Others of his works, including his San Gloria, also focus on bush-tribe themes.

In the preface to the score, composer Paul Basler describes the origin of the work: “Missa Kenya was written for and dedicated to Ronald Burrichter and the University Choir at the University of Florida.  The work came about after my year spent as a Senior Fulbright Lecturer in Music at Kenyatta University in Nairobi, Kenya.  Much of the music and gestures owe their existence to East African choral traditions, fusing together Kenyan musical styles with references to late 20th century American ‘classical’ music—creating a synthesis of sorts between the two musical cultures.  In many ways, this is my gift to the warm, loving friends I left behind in Nairobi.  It is a work of great celebration colored with a bit of Catholic mysticism (especially the Credo).  The composition ends quietly with the Agnus Dei, a prayer for peace and understanding throughout the world.”

Set for tenor soloist and SATB chorus with piano, horn and percussion accompaniment, the work follows the traditional format of the Missa Brevis (or short mass), with the texts of the Ordinary of the Mass divided into the movements Kyrie, Gloria, Credo (Creed), Sanctus, and Agnus Dei.

Composer, horn soloist, and educator Paul Basler was born in 1963 in Milwaukee, Wisconsin.  He earned his BM magna cum laude from Florida State University and his MM, MA, and DMA degrees from the State University of New York at Stony Brook.  He currently serves on the faculty of the University of Florida, where he was honored as Teacher of the Year in 1995-1996.  His compositions have been performed at Carnegie Hall, the Tanglewood Music Festival, the Spoleto Festival, the Kennedy Center, the Eisteddfopd in Wales, the National Theaters of the Dominican Republic and Kenya, and in many other important musical venues throughout the world.  A New York Times review aptly described his music as “virtuosic and athletic.”

V.   Angus Dei (Lamb of God, You take away the sins of the world.  Have mercy on us.  Grant us your peace.)

Another setting for SATB chorus with piano, percussion and horn accompaniment, “Álleluia” is perhaps the most often-performed movement of Songs of Faith, described in the choral score as “a large scale, multi-movement work that explores and celebrates the American Spirit.  Written in the Fall of 1998, as a ‘sequel’ to Basler’s acclaimed Missa Kenya, each of the five movements was written for a different conductor and choral ensemble. . . .  The piano and horn play very important roles in the work—they serve as equal counterparts to the choral ensemble, [and should be allowed] to ‘play out’ and not be thought of as simply accompanimental.”  The conductor and chorus to whom the “Alleluia” movement is dedicated are William Hall and the University Choir of notably internationally-diverse Chapman University in Orange, California.

A hymn now found in many Christian hymnals is sung tonight alternating between the Shona language of Zimbabwe and English.

Versions of this hymn are, or have been, the national anthems of virtually all southern African countries.  The song was originally composed in 1897 by South African teacher-hymn writer Enoch Mankayi Sontonga (1860-1904), using the hymn tune Aberystwyth.  Further words were added by South African poet S.E.K. Mqhayi (1875-1945).  Sontonga’s new melody was composed in 1899 and has remained as the familiar version of the song, not only across all of southern Africa but even in versions (using different words) in Finland and the United States.  Worldwide, it has become the anthem for the causes both of opposition to apartheid and of African unity.

The song begins in the Zulu language, with the Lesotho language entering later.  While texts and translations vary widely, the words ask God’s blessings on Africa and her children and for an end to wars and suffering.

Program notes and translations by Bill Pasch © 2013, except where otherwise attributed.

All works are performed under ASACP blanket license.