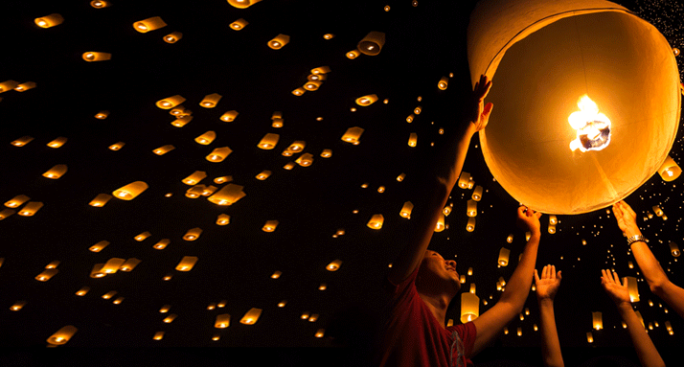 Handel’s oratorio Messiah stands as a pillar of the choral-orchestral repertoire.  We present the second and third parts which illuminate the suffering, death, and resurrection of Christ and also point to the second coming and the vision of the Lamb of God seated on the eternal throne.  Expressive recitatives, dramatic airs, remarkable choruses–including the brilliant “Hallelujah”– radiate the splendor of the one who reigns forever and ever.

The overwhelming historical success of Handel’s most famous masterpiece, Messiah, is testament–paradoxically–to its simultaneous strength and weakness: it is SO well known that both performers and listeners are almost inevitably tempted to switch on their cruise controls and settle into the sheer “feel good” familiarity of the experience.  Yet all music (says the motto of the American Composers’ Forum) “was once new,” and that includes Messiah.  Thus, the challenge for performers is to find ways to see the work as if for the first time.  Likewise, audiences will do well to try to listen “with new ears.”  Fortunately, Handel’s own genius and some knowledge about the origins of the masterwork can help provide fresh perspectives.

One basic “refreshing” of familiar patterns is Handel’s pouring of new musical wine into the wineskins of older forms. In fact, had Handel’s success in writing Italian-styled operas not been seriously on the wane (to Handel’s psychological and financial distress) Messiah might never have come to be.  But the rise of the musical form of the oratorio (similar to opera with recitatives, arias, and choruses but with no sets or special costumes) presented Handel with his golden opportunity.  Operatic forms such as the “rage aria,” for example, become transformed into the biblically-based bass aria “Why Do the Nations So Furiously Rage Together?” near the end of Part Two of Messiah.  (Tonight’s concert omits Part One, which focuses on biblical prophecies of the Messiah’s coming and on the birth of Christ as the fulfillment of those prophecies.  Included in tonight’s concert are major excerpts from Parts Two and Three, which focus on the Lenten, Easter, and Eternal Reign aspects of the grand subject.)

Handel also re-envisions the “old” concept of opera choruses by vastly increasing their number, length, and dramatic impact, to the extent that such choruses–“Hallelujah” the foremost example–become what audiences remember most clearly.  (Handel’s use of choruses follows the long tradition of Anglican church music from the 17th century onward, and Handel’s famous contemporary Bach also used choruses importantly in his oratorio-like Passions and B Minor Mass, but both of these models are based far less on operatic tradition.)

Perhaps precisely because he was no longer relying on opera’s ability to convey emotion through stage action Handel also seems to find new ways to intensify emotion solely through words and music.  Many earlier composers, especially in the Renaissance, had practiced “word painting” through musical sounds, but Handel refines and elevates that stylistic feature to new heights of genius.  Examples are too numerous to list here, but a prime illustration is the musical treatment of the opening lines of the chorus “And with His Stripes We Are Healed,” near the beginning of Part Two.  The harshly angular up-and-down movement of the notes of the melody clearly depicts the lashing of the scourge in the torture of Jesus before his crucifixion that Christian interpreters saw foretold by the Old Testament passage containing those words.  That rise and fall of the lash is made even more vivid by the “vertical” sounds of the letter “i” so dominant in the words “with his stripes.”

Handel’s turn to oratorio in the waning of public interest in opera also came at the opportune prompting of his wealthy landowner and conservative, anti-deist Christian friend and frequent artistic collaborator Charles Jennens (1700-1773), who in summer 1741 gave Handel a compilation of Scriptural texts focusing on a vision of Christ as dramatic-hero Messiah.  Handel took readily to the suggestion and in little more than three weeks starting on August 22 had completed the first draft of the score.  (While no doubt inspired by the subject matter, Handel was inherently a fast worker.)

While Messiah began as a religious work–at least from Jennens’ perspective, though he later expressed disappointment with Handel’s product, perhaps partly in response to the speed of the composition–it found an important social justification when Handel took Messiah with him on his nine-month sojourn in Ireland beginning late in 1741. The premiere of Messiah took place on April 13, 1742, in Dublin, to great acclaim both for its musical triumph and for its charitable generosity in Handel’s donating the concert proceeds to the Society for Relieving [Debtor] Prisoners, the Charitable Infirmary, and Mercer’s Hospital.

Charitable motives gained further strength when Handel returned to London.  Initial London performances in 1743 and 1745 were received far less enthusiastically than in Dublin.  But important traction was gained when Handel joined in an extensive societal collaboration to benefit the Foundling Hospital chartered in 1739.  The chartering of the Hospital owed largely to the efforts of a retired sea captain, Thomas Coram, who had tirelessly lobbied his network of upper-class contacts to promote sympathy (at first mainly from female patrons) for the plight of the poor orphans who might be helped by the Hospital (really an orphanage, deriving from the French word hôpital, meaning “shelter”).  As highlighted in a recent BBC video, the successful establishment of the Foundling Hospital was ensured by benefit concerts, combining forces both from celebrity financial backers and from the arts.  The prominent social-satiric painter and engraver William Hogarth displayed many of his works in the Hospital and solicited contributions from his fellow visual artists.  Serving along with Hogarth on the Hospital’s Board of Governors, Handel naturally saw the usefulness of Messiah in the benefit-concert planning. Even before the full performances of Messiah at the Foundling Hospital, Handel had formally declared his charitable intent for the great oratorio:  at an early concert in the Hospital Chapel (still under construction, with paper covering the windows), Handel offered excerpts from his Music for the Royal Fireworks along with a longer work compiled from his previous compositions entitled Blessed Are They That Considereth the Poor and Needy.  Concluding this work (which became known as the Foundling Hospital Anthem) was the “Hallelujah” chorus from Messiah.  By 1750 benefit performances of Messiah had become so well established as to become an annual tradition.  That tradition has now extended to include yearly performances across the world ever since, as benefit concerts or otherwise.

As this important charitable aspect of the development of Messiah suggests, it is possible that, perhaps despite the hopes of the Scripture-compiling librettist Charles Jennens, Handel’s own vision of the appeal of his masterpiece may have been at least as much social as religious (though certainly not to deny either motive).  This may be yet another way that modern audiences can listen with new ears to a masterpiece with profound social relevance as well as musical grandeur.

These complex social-charity connections notwithstanding, even pre-dating the associations of Handel’s Messiah with the Foundling Hospital was what may be the most enduring response to the work: the tradition of the audience’s standing for the “Hallelujah” chorus. The monarch who so famously rose to his feet at that moment in a 1743 Covent Garden concert was the same George II for whose coronation Handel had written the anthems Zadok the Priest and Let Thy Hand be Strengthened (sung by GCA in March 2011). Theories abound as to what moved the monarch to that gesture (possibly even his startled reaction to his own nodding off), but his homage to a “King of Kings” higher than himself is certainly among them. Similarly, when Papa Haydn first heard Handel’s famous chorus sung in concert, he too joined in the now-customary audience-rising, saying of his older colleague Handel, “He is the master of us all.” The tears of exaltation that often accompany the standing tribute also included Handel’s own, in reporting that in his composing of the “Hallelujah” chorus he had seen the face of God.