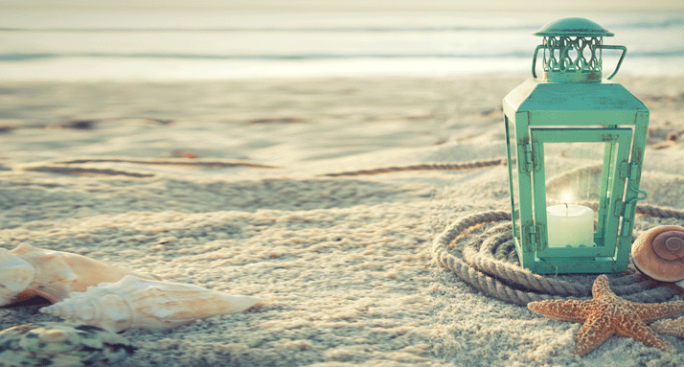 Leave behind the stress of schedules, deadlines, and alarm clocks and enjoy Island Time.  Be transported to a Caribbean paradise where tiki torches replace fluorescent lights and where the sunset casually brings on the moon and myriad stars, shimmering on the ocean waves.  The flash of steel drums and lively percussion provide a festive entertainment as the calypso music stirs your body, dancing with the syncopated rhythms.

What does island time mean to you?  No hurries?  No worries?

Griffin Choral Arts may not be able to eliminate those worries, but at least for an hour…or two, let us transport you via calypso, salsa, and samba to visions of blue/green waters, warm breezes, and friendly cultures that prompt relaxation and tranquility.

And just to give an extra lift to those of you who wait eagerly for Christmas every year, we have included a mini “Christmas in the Caribbean” section in the middle of tonight’s program!

First we go to Jamaica!  Larry Farrow wrote this unaccompanied piece for the National Children’s Choir of Jamaica in 1988.  Farrow is a former Florida State University professor in contemporary media, which means he was heavily focused on electronic music.  Yet here Farrow shows his versatility by asking the voices to carry the melody, harmony, and percussion parts alone.

Farrow’s first mentor was none other than Jester Hairston, who wrote “Mary’s Little Boy Chile”, also on tonight’s program.  He studied piano as a child; even before entering the University of Southern California, he toured with the Albert McNeil Jubilee Singers.  His credits are numerous, including arrangements for Disney, conducting San Francisco Symphony “pops” programs with artists such as Harry Belafonte and the Jackson Five, playing keyboard for Aretha Franklin, and earning two double-platinum albums.  With ongoing projects that even include theater and film, it seems that there’s little that Larry Farrow can’t do.

This traditional Jamaican folk song has been arranged with catchy calypso rhythms that belie the melancholy character of the lyrics.  The basses immediately begin with “Oh, oh, I ‘memba Liza, water come a me eye.”  Later we hear the soloist: “Oh, since you gone the days are lonely.  Oh, come a-back, gal a-cause I love you only.”

Steve Burnett has had an incredibly varied life, including multiple careers.  Originally from West Virginia, he holds a Bachelor of Arts in Music Education from Marshall University and a Master of Music in Instrumental Conducting from the University of Florida.  He is a composer and arranger of multiple genres, especially school band music.  He’s also an actor, singer, music director, puppeteer, and scriptwriter.

Randy Stonehill is a singer/songwriter from Stockton, California and is considered a pioneer in contemporary Christian music.  He has written over 800 songs, released at least 27 albums, and was inducted into the Christian Music Hall of Fame in 2010.

Mark Hayes is a composer and arranger in high demand.  He’s from Wisconsin, received a degree in piano performance from Baylor University, and has written and arranged many pieces (mostly sacred) for choir, voice and piano, and piano solo.  He has over 1200 published works, numerous recordings, and has received many awards.  He is known for incorporating uniquely American styles in his compositions and arrangements, including jazz, gospel, pop, folk, and spirituals.

This piece begins our “Christmas in the Caribbean” segment and is a favorite of the genre.  De Cormier called this a “West Indian Spiritual” (think Trinidad), and his notes say that this musical tradition comes primarily from Spain and Portugal.  It is written without accompaniment except for a single bell.  That and De Cormier’s use of dialect, dynamic contrasts, and clever rhythmic patterns make for a very exciting piece.

Robert De Cormier was born in Farmingdale, NY.  He was a graduate of the Julliard School of Music.  De Cormier was a conductor and arranger for Harry Belafonte (he led the Belafonte Folk Singers from 1957 to 1965).  He also arranged music for Peter, Paul and Mary, and he was director of the New York Choral Society from 1970 to 1987.

Choral Activities and Professor of Choral Music Education at Florida State University.  He is in great demand worldwide as choral director, clinician, and adjudicator.  He has many published compositions and arrangements.  He’s also published a book, Way Over in Beulah Lan’: Understanding and Performing the Negro Spiritual; he’s also written multiple journal articles.

Thomas grew up in Wichita, Kansas.  His mother sang in a church choir.  Her singing was his first musical inspiration, which led to his informal pursuit of vocal and piano education.  In junior high school he began formal piano lessons, and in 8th grade he won the Federated Music Clubs Competition.

Dr. Thomas is another mentee of Jester Hairston.  Hairston directed choirs at Friends University, where Thomas received his undergraduate degree.  Hairston noticed Thomas’s disdain for spiritual and gospel music and pulled him aside.  Through Hairston’s guidance, Thomas came to understand that performing music from African American traditions was not degrading but, indeed, a celebration of heritage, and that the “dialect was not a sign of inferiority but an accommodation for sounds that were not part of African speech” (quote from Thomas’s previously mentioned book).

It seems that from that point Dr. Thomas threw himself into writing, arranging, and performing traditional African American music, and we are all the better for it!

Our final selection in the “Caribbean Christmas” portion, this piece was composed by Jester Joseph Hairston, whose many talents also included acting.

Hairston was born in North Carolina to parents who had been slaves.  The family moved to Pennsylvania (just outside Pittsburgh) early in his life.  His father died in a work-related accident, so his mother went to work; Hairston was therefore raised with the help of his grandmother.  He grew up listening to stories about the rural south, including plantation life.  Eventually he dedicated himself to preserving this history through music.

Hairston was one of the first black students accepted to Tufts University and graduated in 1929.  He also studied at Juilliard.  He directed choirs, wrote and arranged music, and acted.  (He was best known for recurring roles in the television sitcoms Amos n’ Andy and as Deacon Rolly Forbes in Amen.)  His fame grew, and in 1961 he was appointed Goodwill Ambassador by the U.S. State Department.  He took numerous choral groups around the world.  In 1985 he took the Jester Hairston Chorale to China (visitors to the People’s Republic of China were still rare at the time).

“Mary’s Little Boy Chile” was written in 1965; he also arranged “Amen”, which was in a Sidney Poitier film.

Selections from “Saint Francis in the Americas: a Caribbean Mass” – Glenn McClure (b. 1964)

In a phone interview, Mr. McClure responded to the question of what inspired him to write the Mass, as well as why he blended various musical forms and instruments from vastly different parts of the world.  In 1992, PBS aired a documentary about Christopher Columbus (Columbus and the Age of Discovery), which greatly affected McClure.  The whole concept of Columbus “discovering” a world that didn’t need discovering bothered him, but over time he recognized that the issue now is for us to move on by recognizing this incredible fusion—European, African, and native cultures of the Americas.  What we have is glorious, like a Creole gumbo.  Gumbo isn’t a smooth, uniform soup; it’s a medley of liquid and chunks of things you can see as you eat them, yet they all seem to work together.  This is how McClure describes the combination of a European piano, Trinidadian steel drums, lyrics in Latin, Greek, Spanish and Italian, and the musical styles of samba, salsa, calypso, rumba, and New Orleans blues.

A leading proponent of international music education and an eclectic and integrative composer in a wide variety of musical forms and style, Glenn McClure has been chosen by leading choral conductors such as Anton Armstrong of the St. Olaf Choir and Andre Thomas of Florida State University for collaborations.

To the traditional Greek text of the Kyrie, McClure adds a prayer by St. Francis (1182-1226) sung in Italian.  This prayer comes from St. Francis at the time of his conversion.  He had been a wealthy child and suddenly gave all of it up to serve the church.

The infectious music is that of the Brazilian-origin samba.  Perhaps the best known and most popular section of this Mass, the Kyrie has been performed three times in Carnegie Hall.  Although in a minor key, the excitement of this up-tempo setting may cause some to question its penitential appropriateness.  But the setting seems to understand that even in joy we still need mercy.

The traditional Latin language of the Christian statement of belief (“I believe in one God, Father Almighty…”), is sung to a “salsa groove”.  A soaring baritone solo sings the words of the Creed, accompanied by a choral block-chord ostinato repeating “Credo in unum Deum” (“I believe in One God”).

In the Mass, this response is part of the prayers preceding the distribution of the Communion elements:

“Christ has died. Christ is risen. Christ will come again.”  The singing of the text in English matches the more Anglophone-European choral style.  The quieter contrast to the surrounding exuberant movements sounds similar to types of service music used today in many liturgical churches in the Northern Hemisphere.

The Sanctus in most settings of the Communion liturgy is a bold hymn of praise (“Holy, holy, holy Lord, God of power and might….”).  McClure brightens the hymn even further with driving rhythms and rapid articulation.  In keeping with the global reach of his Mass, McClure uses Italian for the text, no doubt in homage to the Roman origins of the Mass in Western Christendom.

“We come from the fire, living in the fire, go back to the fire, turn the world around.”

So begins this captivating piece, written in calypso style but in 5/4 meter.  How many of us saw Harry Belafonte perform this with the Muppets?  Belafonte even performed it at Jim Henson’s memorial service.

When the song was performed in season 3 of The Muppet Show in 1979, he explained the song to the muppets gathered round him:

“I discovered that song in Africa. I was in a country called Guinea. I went deep into the interior of the country, and in a little village, I met with a storyteller. That storyteller went way back in African tradition and African mythology and began to tell this story about the fire, the sun, the water, the Earth He pointed out the whole of these things put together turns the world around. That all of us are here for a very, very short time. In that time that we’re here, there really isn’t any difference in any of us, if we take time out to understand each other. The question is: Do I know who you are, or who I am? Do we care about each other? Because if we do, together we can turn the world around.” [http://www.songfacts.com/detail.php?id=28617]

Harry Belafonte, known as the “King of Calypso”, was born in Harlem.  He’s most known for his popularization of Caribbean music; both of his parents were born in Jamaica but their ancestors come from many places.  He is a musician and actor, as well as a social activist.  He was an early supporter of the Civil Rights Movement and a confidante of Rev. Dr. Martin Luther King, Jr.  He has been a UNICEF Goodwill Ambassador since 1987 and continues (at the age of 91!) as celebrity ambassador of the ACLU for juvenile justice issues.

Bob Freedman is a highly successful composer/arranger, director and conductor.  His credits include a Grammy with Quincy Jones (The Wiz, “Overture Part 1”), arranging for countless artists such as Billy Joel, Lena Horne, Hollywood Bowl Orchestra, Israel Philharmonic Orchestra, Chanticleer, etc.  His musical styles range from classical to jazz, including pop and, obviously, calypso.

Program notes by Jennifer J. Durham and William A. Pasch