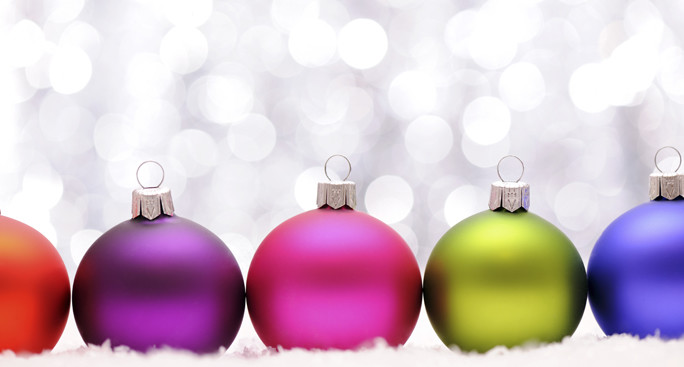 Welcome to the sixth annual Christmas with Griffin Choral Arts.  The singers and director Dr. Stephen Mulder are pleased to present some old favorites—featuring the majestic John Rutter Gloria— along with new carols and other music of the season.

A major sub-theme tonight is the strong presence of Scandinavian music, including the chorus’s first adventures in Norwegian and Danish pronunciation!

We also welcome you to join in heartily when we all sing carols of the season.  May the sounds of our voices, together with the instrumental voices of our many guest musicians, be a fitting beginning to the celebrations of the holidays to come.

This collection of Norwegian and Danish carols consists of four famous tunes set by Paul. J. Christiansen and edited by his son Erik.  Paul Christiansen was the youngest son of F. Melius Christiansen (1871-1955), the founder and long-time director of the world-famous choir at Saint Olaf College.  The Saint Olaf “diaspora” into other highly regarded Lutheran college choirs included Paul’s half-century tenure as director of the Concordia Choir (most recently led by René Clausen).

The anonymous late-medieval tune comes from a 1420 collection, the Jistebnice Cantional, published in Bohemia, and may originally have been a military song.  The text was first published in the 1582 Piae Cantiones (Pious Songs), a collection of seventy-four songs (in Latin) sung in cathedral schools in Finland (dominated at the time by Sweden).  While most of the songs are religious, a few are secular, and help illustrate the moderate nature of the Protestant Reformation as it developed in Scandinavia.

Many of the songs from the Piæ Cantiones were popularized in English in the 1850’s by British hymnist John Mason Neale, including “Good Christian Friends, Rejoice” and “Of the Father’s Love Begotten.”

Tonight’s arrangement is by GCA Artistic Director Stephen Mulder and makes optimal use of our welcome guest instrumentalists.

Rejoice, rejoice!  Christ is born [out] of the Virgin Mary, rejoice!

The time of grace has come, this that we have desired,

God has become man, to the wonderment of Nature,

The world has been renewed by the reigning Christ.  Gaudete .  . .

The close gate of Ezekiel is passed through,

Whence the light is born, salvation is found.  Gaudete . . .

Let it give praise to the Lord; greeting to our King.  Gaudete . . .

This “neo-medieval” carol tells of an imaginary fox’s night-time raid on a henhouse, ultimately thwarted by the righteously wrathful mother hen.  The musical story is based on the references in Luke 13:31-34 to Herod Antipas as a fox and to God as a mother hen.  The carol thus draws attention to the roles in the traditional Nativity story of the Herods, especially Herod Antipas as the perpetrator of the Slaughter of the Innocents (the story also commemorated by the familiar “Coventry Carol”).

The references to foxes and hens in the Gospel of Luke (written in Greek and to a Greek-language audience) may have been inspired by the animal allegories made famous by the Greek fabulist (author of fables) known as Aesop.  The “fox and fowl” theme recalls medieval precedents in the French tales about Renard, in the Scots fable poetry of Robert Henryson, and especially in Geoffrey Chaucer’s brilliant Nun’s Priest’s Tale about the chickens named Chanticleer and Pertelote and their encounter with the fox.  (A late Renaissance “Chanticleer’s Carol” also exists, with words by William Austin, d. 1633.)

The often-comic tone of these popular medieval fables also resonates in this carol, in the forms of word play, in medieval diction and word order, and in the tongue-in-cheek “moral” at the end. Despite these comic effects, the carol never forgets the holy child’s poverty and homelessness: the sobering refrain (based on Luke 9:58: “Foxes have holes and birds of the air have nests, but the Son of Man has no place to lay his head” [NIV]) not only opens the carol but also re-emerges in variations midway and near the end.

Early-music echoes can also be heard in the folk-dancelike melody and rhythm; in the choral textures imitating the hurdy-gurdy (a stringed instrument capable of producing simultaneous drone and melody); in the use of hand drum rhythmic accompaniment; and in the nasal-sounding oboe obbligato recalling other even more nasal-sounding early instruments such as the shawm.

The carol (premiering tonight) is by GCA singer, board member, and program annotator Bill Pasch.  A retired English professor and humanities department head, he remains a church musician and composer, with anthems published by Augsburg Fortress and St. James Music Press.

Norwegian composer Egil Hovland is one of his country’s most prolific and versatile composers of both secular and church music.  In 1983 he was made a Knight of the Royal Order of Saint Olav.

The Scriptural source of his lovely Stay With Us (1999) is Luke 24:29—“Stay with us, Lord Jesus.  It soon is evening, and night is falling.”  These words are spoken near the end of Luke’s gospel by the Emmaus disciples, who invite the risen Christ to take the evening meal with them but recognize him only after he has broken the bread—and immediately disappeared from their sight.

This inspiration to the disciples’ faith is the text of the anthem, based upon one of the most ancient of Christian hymns, the Phos hilaron, written in Koine (New Testament) Greek as early as the 3rd century.  This Trinitarian hymn focuses upon Christ as the light of the world, overcoming all darkness.  This first Christian “candlelight service” hymn originated in the practice of ceremonial candle lighting at the beginning of evening worship.  Even today, many Christian denominations celebrate the service of Evening Prayer (Vespers) with this hymn to Christ as the Light of the world.

Hovland musically reinforces the Trinitarian nature of this famous early hymn by quietly energetic use of triplet patterns in the middle section of the anthem, sung by the women’s voices, as well as through rare but effective use of triple meter for the important words “stay with us” (a phrase whose three syllables is itself a “Trinitarian” formulation), and “evening.”

The character heard in the song is a pregnant young lady who feels for the first time she has worth because she is bringing another person into the world.  She dreams that her child may be someone who will change the world the way she never could.  She compares herself to the Virgin Mary and by implication, her child to the Christ Child.

Like the previous selection a song focusing on the Annunciation to the Virgin Mary of the coming birth of the Christ Child, the strong appeal of this carol (published in 1973 by the Sacred Music Press) resides in our primal emotional response to the sound of voices singing in eight-part harmonies.

Rutter composed this carol in 1989 by commission from the Bach Choir of London for a performance in the Royal Albert Hall in honor of the 70th birthday of legendary choral composer and conductor Sir David Willcocks (whose settings of “O Come All Ye Faithful” and “Hark the Herald Angels Sing” we sang earlier in tonight’s program).  Like the two preceding songs by Moore and Brown, this also focuses attention on Mary, with a particularly engaging “Ave Maria” refrain.

Now almost synonymous with concerts of Christmas carols, John Rutter has said this in the liner notes to The John Rutter Christmas Album about his rise to preeminence among modern carol composers:  “I have always enjoyed carols ever since I first sang them as a member of my school choir, and it was not long before I began to write carols of my own. . . .  This was more subversive than it sounds: at the time, the only officially approved style of composition for a classically-trained music student was post-Webernian serialism, which never appealed to me much, and writing Christmas carols was an undercover way of slipping a tune or two into circulation at a time of year when music critics are generally on vacation.  No one seemed to mind, so from time to time I have continued to write and arrange carols, encouraged by Sir David Willcocks, my senior editor on several volumes of the Carols for Christmas series.  For any musician involved in choral music, Christmas is an especially joyous time, and I am indeed happy that it has played a part in my musical life for so many years.”

The official John Rutter website says “Gloria was written as a concert work.  It was commissioned by the Voices of Mel Olson, Omaha, Nebraska, and the composer directed the first performance on the occasion of his first visit to the United State in May 1974.  The Latin text, drawn from the Ordinary of the Mass, is a centuries-old challenge to the composer: exalted, devotional, and jubilant by turns.  Rutter’s setting, which is based mainly on one of the Gregorian chants associated with the text, divides into three movements roughly corresponding to traditional symphonic structure.  The accompaniment is for brass ensemble with timpani, percussion and organ—a combination which in the outer movements makes quite a joyful noise unto the Lord, but which is used more softly and introspectively in the middle movement.”  (Louise Luegner © Collegium Records)

Glory to God in the highest, and peace to all people of good will.

We praise You, we bless You, we worship You, we glorify You.

We give You thanks for Your great glory.

Lord God, King of the heavens, God the Father almighty.

Who takes away the sins of the world, have mercy on us,

[You] who sit at the right hand of the Father, have mercy on us.

With the Holy Spirit in the glory of God the Father.  Amen.

Works on tonight’s program are performed under ASCAP license, except where otherwise noted.