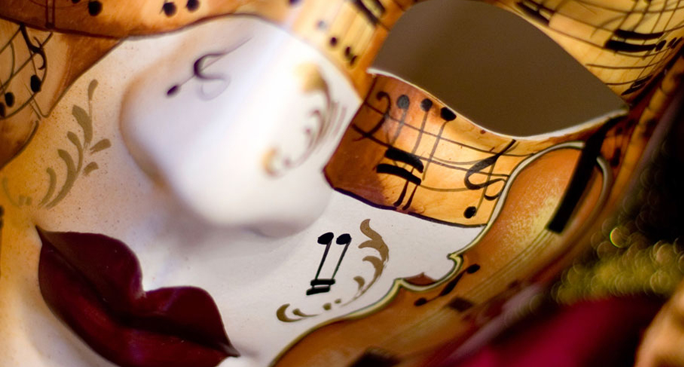 Favorite choruses from Bizet, Verdi, Donizetti, and Wagner and arias from Puccini and Dvorak are featured on this Masterworks program.

Opera may be the most complex and all-encompassing form of art ever to emerge from the human imagination. No other single art form uses so many of the “tools” in the artistic kit:  musical composition, storyline, poetry, character development, acting, singing, visual arts, behind-the-scenes “technology,” and close collaboration among performers (often including a large orchestra), to name only a few.  Perhaps opera’s closest artistic rival is musical theater.

Yet even the best Broadway musicals can’t claim the consummate skill that the best of opera can, most especially since opera performance rarely (if ever) uses voice amplification even in the largest of halls.  In this sense, opera singers can truly be said to be the very best in the world.

Throughout its history opera has also been popular–like Shakespeare’s plays not necessarily “elitist.”  While the 1984 film Amadeus exaggerates a good deal about the life of Mozart, it accurately suggests that Mozart’s operas were widely popular even with non-aristocratic audiences. For many years opera music has infused much of popular culture: film scores, cartoons, sports-arena soundtracks, even TV commercials. Modern concerts by the Three Tenors and Andrea Bocelli testify to the ongoing appeal to mass audiences of this infectious type of song.

The “grandness” of opera has always brought out the grandest of singing. Tonight, Griffin Choral Arts has the pleasure of demonstrating some of that grandness.  As you listen, try to imagine the other aspects of spectacle that the original performances presented to their audiences: costumes, sets, acting and much more.  Allow your imagination to be swept away into that all-encompassing experience and the sheer joy of this music.

The choruses sung in tonight’s concert come from a collection edited by famed contemporary British composer John Rutter.  Because Rutter the musicologist is less well known, his verbatim comments may be of interest in their own right; thus, much of the material about tonight’s chorus selections in the notes below will quote directly from his commentary. (Quotations by John Rutter © Oxford University Press, 1995.  Reproduced by permission of Oxford University Press.)

Carmen is based on a short novel by Prosper Mérimée.  It is set in Seville [Spain] in about 1820.  Don José, a corporal in the dragoons, is in love with a nice, pretty girl, Micaela, but their relationship is broken up by a wild gypsy beauty, Carmen, who entices him to run off with her and join the smugglers in the mountains.  Carmen soon tires of him and her fancy then turns to the bullfighter Escamillo.  Don José confronts Carmen outside the arena during a bullfight.  Carmen exults when she hears the crowd acclaiming Escamillo’s victory. Don José stabs her and gives himself up as the crowds pour out of the arena.  The Habanera is Carmen’s first attempt to entice Don José; it is sung as the girls emerge from the cigarette factory where they work, and introduces her to the audience. Bizet adapted the melody of the Habanera from a song, El arreglito, by the Spanish composer Iradier.

The novels of [Scottish writer] Sir Walter Scott exerted an enormous influence on European culture in the second quarter of the nineteenth century, and this is reflected in a large number of operas.  Lucia di Lammermoor is drawn from The Bride of Lammermoor and is set in Edinburgh around 1700.  Lucia has been promised in marriage to the wealthy Arturo by her impoverished brother Enrico, but she is already in love with Edgardo, who is travelling in France on a diplomatic mission.  Enrico produces a forged letter implying that Edgardo has been unfaithful, so Lucia agrees reluctantly to the wedding.  “Per te d’immenso giubilo” [the chorus sung tonight, similar to the brindisi or toasting song that opens party scenes in many operas] introduces the signing of the nuptial documents.  Edgardo appears just as the signing is completed. . . . The gaiety and high spirits of this chorus make it an obvious winner in performance; in the opera it affords a last moment of lightness before the tragedy [of Lucia’s killing her husband, her death in madness, and Enrico’s suicide over her death] takes over.

Verdi wrote in 1879 that he was given the libretto for Nabucco [the shortened Italian spelling of the name of the biblical king known in English as Nebuchadnezzar] . . .  and when he looked at it, it fell open at “Va, pensiero” [the chorus sung tonight]. The narrative, which derives from a French play produced in Paris in 1836, is set around the biblical story of the Jews in Babylonian exile in 586 BC.  The opera’s triumphant success was due at least in part to the melody, to which he set this paraphrase of Psalm 137.  It is recounted that all the stage hands at the first runs of performances would gather every night in the wings to hear the great chorus.  It is sung by the Israelites as they lament the loss of their homeland, and was soon interpreted as a political gesture, becoming the anthem of Italian patriotism [and eventual unification as a self-governing country].  At Verdi’s funeral the crowd spontaneously broke into [singing] it.

The Méditation is an orchestral interlude between two scenes in Act Two of French composer Jules Massenet’s 1894 opera Thäis, named after the central female character.  Thäis is a beautiful courtesan who is entreated by the male protagonist of the opera, a monk named Athanäel, to leave her worldly life and seek salvation in a convent. This musical interlude symbolizes Thäis’s off-stage soul-searching, with the sheer beauty of this famous music representing the delicate sensuousness of the existence Thäis is debating giving up.  After the musical interlude, Act Two resumes, Thäis having decided to leave her present life but only in the first stages of warming to the possibility of pursuing the life of a nun.

While Massenet’s original orchestration of the Méditation also called for backstage SATB chorus, most versions performed today employ only the orchestral instruments, featuring a solo violin (likely representing Thäis’s “heartstrings”), in what has become a favorite encore piece for concert violinists.

While many of the best-known opera composers are represented among tonight’s choruses, there is one major exception. Alongside Giuseppe Verdi and Richard Wagner (and only to a slightly lesser extent Bizet and Donizetti), Italian composer Giacomo Puccini is another giant.  Like their fellow naturalistic novelists and visual artists in the late nineteenth century, many  composers turned to more real-world plots and settings, establishing a new tradition often labeled opera verismo—opera of “true life.” Perhaps the best-known example of verismo opera is Puccini’s La Bohème, with its focus on poor writers and artists living in a Paris garret.  Consistent with this more realistic artistic philosophy was a tendency toward lesser musical grandiosity, which at times meant de-emphasizing large choruses in favor of more introspective duets and solo arias, often reflecting these characters’ inner psychology. Tonight we hear what is probably Puccini’s best-known aria, from his last opera, Turandot.  Nessun dorma, if we recognize it at all (and we surely do), is associated with the famous tenor Luciano Pavarotti–although the tune is nearly equally famous from TV commercials and soccer matches (including those that Pavarotti helped promote with the song). Puccini left Turandot unfinished at his death in 1924, but it was completed by his colleague Franco Alfano in 1926. The opera is set–somewhat uncharacteristically for opera verismo–in an almost fairy-tale-like representation of China and in a fairy-tale-like plot requiring a hero to select the correct answer from among three choices. The hero, Prince Calaf, eventually answers the beautiful yet dread Princess Turandot’s three questions, but must still win her over by challenging her to guess his name at dawn. If she can guess his name, she can execute him. Turandot declares that none of her subjects may sleep that night while they all try to discover the name. At the opening of the final Act of the opera, Calaf sings this famous song, the title translating as “No one shall sleep.” Needless to say, the stirring sentiment of “Vincero! [I will win!]” prevails. Calaf reveals his own name to Turandot, but when she makes the dramatic public announcement of his name she changes it to “Love.”

On a local note, the Atlanta Opera has recently announced that it will stage Turandot as its late-spring 2017 season-culminating production.

The Khedive [Ottoman Viceroy] of Egypt tried to get a new opera from Verdi for the opening of the Cairo Opera House and the Suez Canal in 1869, but had to be content with an existing work, Rigoletto.  Two years later Verdi did give Cairo their new opera, Aida; the idea came from a noted Egyptologist, Auguste Mariette.  The action is set in Egypt during the time of the Pharaohs, and despite the local color, uses situations familiar from countless opera plots.  It includes [this] magnificent march and a series of dances in honor of the king, providing a massive scene of state pomp before the private tragedy [of the heroine Aida and her lover Radames] which takes up the rest of the opera.

While much better known for his symphonies and other vocal works—such as his Songs of Nature sung in the very first GCA concert in October 2007—Czech composer Antonin Dvořák also wrote several operas.  But none gained the popularity of Rusalka, first staged in 1901.  In Slavic folklore, rusalki were semi-mortal water maidens.  In Dvořak’s operatic setting, his main soprano character, Rusalka, the Water-Goblin’s daughter, tells her father that she has fallen in love with a human Prince who comes to hunt around the lake.  In order to love him, Rusalka wants to become human, near the beginning of the opera singing her “Song to the Moon,” asking it to tell the Prince of her love.

Probably the most recognizable popularization of this famous aria was as lovingly heard in a radio broadcast by the title character in the 1989 film Driving Miss Daisy (much of which was filmed in Griffin).

The March of the Toreadors sets the scene for the bullfight at the end of the opera.  The Alguazil, who heads the parade in the costume of a sixteenth-century bailiff, is chief official; the chulos are assistant bullfighters who act as seconds to the principal matador; the banderilleros stick decorated staves into the bull’s neck; the picadors, on horseback, further weaken the bull’s neck muscle with lances; the espada is the principal bullfighter who finally kills the bull.  In the March of the Toreadors the part for children’s chorus [is sung tonight by a group of sopranos].

As stated in the headnote, commentary on the choruses in the notes above is by John Rutter.  The headnote and the commentary on the solo arias by Puccini and Dvořák is by Bill Pasch © 2016 (except where otherwise attributed) and with thanks to Steve Mulder and Lee Whitley.