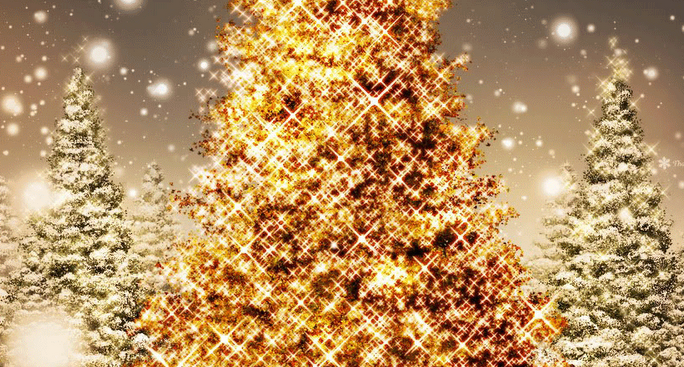 Christmas with Griffin Choral Arts at the First Baptist Church of Griffin is a community tradition. Join us for a choral holiday celebration accompanied by organ, Macon’s Barrister Brass on Thursday night, and the Spalding High School Chorus (Brett Duncan, director) on Saturday afternoon. Join your voice with the choir for familiar Christmas carols and enjoy the spirit of the season!

Welcome to A Jubilant Christmas, the ninth annual winter holiday offering of Griffin Choral Arts.  This popular concert has become so established as a community “must-go” that this year’s installment expands to two nearly-identical versions of the program, the major difference being our welcome musical guests: once again the Barrister Brass from Macon on December 3 and, for the first time, the Spalding High School Chorus (directed by Brett Duncan) on December 5.

An important sub-theme of this year’s program is a spotlight on youth. (Even a lesser-known stanza of Jingle, Bells fits this theme.)  Three of the major works on the program are by young composers (two of them in their twenties). Then we welcome over sixty young voices in the Spalding High Chorus.  Griffin Choral Arts also has a number of young members, several of whom sing solos in this concert. With such promise of youth even in winter, spring can’t be very far away.  Let jubilation reign!

This beautiful new carol first reached wide PBS television audiences at Christmastide in 2013 when sung by the girls’ choir of Nidaros Cathedral in Trondheim, Norway, in their joint concert with the famed St. Olaf College Choir from Minnesota. Griffin Choral Arts sings an SATB arrangement, with lush string ensemble accompaniment.

The Anglo-Norwegian connection is also reflected in the music itself.  The composer is a young Norwegian educated at the Music Conservatory in Trondheim who is currrently serving as Composer in Residence with the Kantorei vocal ensemble in Denver, Colorado.  The text is by famous English hymn writer Isaac Watts (1674-1748).

This lively Renaissance-dance-style arrangement sets a tune by French Huguenot composer Claude Goudimel (1514-1572).   The tune was popularized in Protestant hymnals under the Genevan Psalter tune name OLD 42 and later by the German name FREU DICH SEHR.  The modern arrangement may sound familiar to GCA audiences, being similar in character and style (including the use of percussion) to Carol of the Hen, premiered by and dedicated to GCA in December 2012.  The text is an English translation of a hymn by German Lutheran pastor and hymn writer Johann G. Olearius (1611-1684).

Howard Helvey lives in Cincinnati, Ohio, where he is active as a composer, arranger and pianist, also serving as organist and choirmaster of historic Calvary Episcopal Church. He holds a Bachelor of Music degree in composition from the University of Missouri-Columbia and a Master of Music degree in composition and piano performance from the University of Cincinnati’s College-Conservatory of Music.

GCA audiences are more familiar with the setting of this text by British composer Elizabeth Poston (1905-1987), sung three times in past concerts by the full chorus and by the chamber choir.  This beautiful new 2009 setting is by perhaps the youngest composer GCA has ever presented, Stanford Scriven, a former member of the Saint Olaf Choir and protégé of its director, Anton Armstrong.  Scriven’s rapidly blossoming composing career has won many awards and increasingly frequent nationwide radio-broadcast exposure.  He currently serves as director of a high school choral program in his home state of Oregon.

While some may think the Apple Tree carol to be of similar medieval origin as the Cherry Tree Carol, the former is much more modern, the text first appearing in a magazine in London, England, in 1761.  The text first appeared in hymnal form in 1784, in Divine Hymns, or Spiritual Songs: for the Use of Religious Assemblies and Private Christians, complied by Joshua Smith, a New Hampshire lay Baptist minister.  The apple tree references allude to various biblical images, but the origins of the carol may hark back to secular Christmas Eve wassailing traditions in New England apple orchards designed to enhance the fertility of the trees.

Especially effective in this arrangement is the fitting of the early American hymn setting to a distinctively American folksong style.  The prevalence of melodic intervals of fourths and fifths evokes other composers of the “American Sound” such as Aaron Copland.  Scriven’s up-and-down use of fifths also helps suggest a “reaching” motion to pluck an apple from the tree.

In the score the composer provides this commentary on his setting:  “Christ the Appletree is rooted in the wonderfully simple spirit of the text, in which the author depicts Christ in a familiar symbol of strength and abundant life.  Utilizing musical elements commonly found in the Early American folk canon, this is my best attempt at amplifying the poet’s original intent without clouding its simple yet elegant message.” Listeners familiar with the other settings of these lyrics may wonder why Scriven chooses a new order for the Joshua Smith text.  Most settings of this carol use only five of the original seven stanzas, ending with the stanza opening with “This fruit doth make my soul to thrive, / It keeps my dying soul alive.”  Scriven, however, makes this the penultimate stanza, and ends with the more-traditionally-penultimate stanza “I’m weary with my former toil—Here I will sit and rest awhile. . . . .”  This new ordering may reflect simply the musical desire to end in greater quietness and repose than might be suggested by the “haste” mentioned in the more traditional stanza order.

Although a nineteenth-century work, the centerpiece of this year’s concert continues the theme of youth, having been composed in only the 23rd year of the composer’s long life. Born with perfect pitch, French composer Camille Saint-Saëns was a musical wunderkind from his earliest years, nearly rivalling Mozart and Mendelssohn. At age 22 he was appointed chief organist at the Church of the Madeleine in Paris, then, as now, a top-level accomplishment. The following year he composed his Christmas Oratorio, completing the work in less than two weeks, delivering the music to the performers only ten days before the Christmas Day premiere.  The premiere version consisted only of six movements, accompanied by organ and string quartet.  Over the next ten years Saint-Saëns revised and expanded to work to ten movements, also adding parts for harp and double bass.  The complete version we know today was first performed in 1869 in the Madeleine.

The composer’s choice of texts is described by Saint-Saëns scholar Lee G, Barrow of the University of North Georgia:  “Saint-Saëns set an assortment of . . .  passages from Latin Vulgate Bible rather than a specific pre-existing text.  Even though these texts do not come from a single source, the traditional liturgies surrounding Christmas clearly influenced Saint-Saëns in his choices. About half of the texts he selected match different portions of two of the Christmas Offices: the First Mass at Midnight and the Second Mass at Dawn. Described by one writer as ‘a musical enhancement of the words of the [Christmas] Office, without interest in the human drama,’ Saint-Saëns’s setting is less dramatic and more reflective than typically found in most oratorios, much like that seen in Handel’s Messiah and Bach’s Christmas Oratorio.”

Chorus: “Gloria in altissimis”.  Dr. Barrow continues, “The last half of the second movement features the chorus as the Heavenly Host singing the ‘Gloria’ text as found in the 14th verse of Luke 2.  Instead of the older and more familiar ‘Gloria in excelsis,’ Saint-Saëns uses ‘Gloria in altissimis’ from the Latin Vulgate Bible, as it appears in the liturgy for the Midnight Mass for Christmas.  Many composers set this joyful text in a fast, rhythmically active, and dramatic manner, but here Saint-Saëns remains relatively subdued, simple, and fairly narrow in range, [the march-like tread being described by one writer as] suggesting discipline in the ranks of the angels.”

Apart from the comma in the title, perhaps the only thing unfamiliar about this most famous of holiday songs (which does not mention Christmas per se) is its history. The text and music are by Massachusetts-born James Lord Pierpont (1822-1893), of the aristocratic family whose most famous member was financier John Pierpont (J.P.) Morgan, the song-writer’s nephew.  Among the earliest “Snow Birds,” James L. Pierpont lived in New England until 1849, when he left his wife and children with his father and traveled to California to open a photography shop during the Gold Rush. At the death of his wife in 1856 and his Unitarian-minister brother’s acceptance of a church post in Savannah, Georgia, James followed, becoming the organist and music director of his brother’s church.  He was to remain in the South, dying in Winter Haven, Florida, and being buried in Savannah.

He composed a number of songs, many of them supporting the Confederacy in the war in which he also served as a soldier, ironically in light of the majority of his family’s ardent support of Abolition.

None of his songs ever achieved the popularity of “The One Horse Open Sleigh,” which Pierpont copyrighted in Savannah in 1857, weeks before his second marriage. The source of the original composition is still debated between North and South, but clearly the snowy scenario is at least a recollection of New England winters, with some commentators even wondering whether the “Oh, what fun” reference to exposure to the elements may even be comically wry, since many of the original–and hardly ever sung–lyrics are also in that implied tone.

Tonight’s arrangement is by a frequent favorite of GCA programming, arranger Mack Wilberg, Music Director of the Mormon Tabernacle Choir.

This popular “closer” at yuletide concerts was composed in 1962 by Rick Powell (1935-2006) and Sylvia Powell (b. 1937) when they were students at Florida State University. Also an FSU alum, GCA director Dr. Steve Mulder has either sung or conducted this choral benediction on every Christmas concert (whether as a student or conductor in church, school/college or community chorus) since 1982.

Program notes by Bill Pasch, copyright © 2015 except as otherwise acknowledged.  Thanks are expressed to Dr. Lee G. Barrow of the University of North Georgia for his permission to quote passages and texts/translations from his published study Camille Saint-Saëns Christmas Oratorio (BarGraphica Choral Monograph #3).