‘Twas The Night Before Christmas 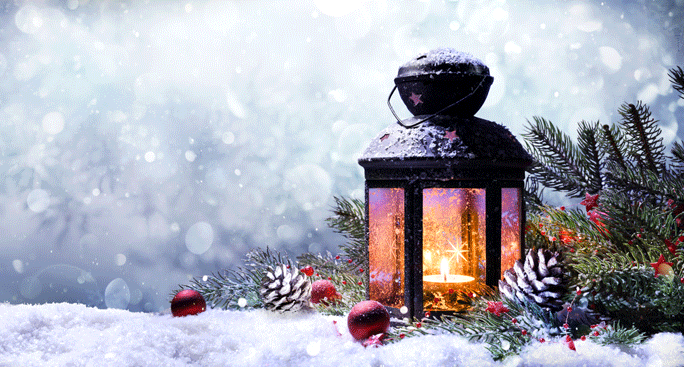 ‘Twas The Night Before Christmas

Is there any sweeter anticipation than the feelings evoked on Christmas Eve?  The sights and sounds of the season capture our imagination, whether emanating from a midnight church service, from a living room where a family is gathered, or from warmly bundled carolers.  The fireplace, the candlelight service, the sidewalks lined with luminaries, the strings of lights on the evergreens and eaves… they create in us a warm glow of hope and peace.  Join us and be filled with Christmas light.

Welcome to ‘Twas the Night Before Christmas, the eleventh winter holiday concert by Griffin Choral Arts. Featured works tonight include the charming Midnight Mass (based on traditional French carols) by Baroque composer Marc-Antoine Charpentier and several of the popular carols by twentieth-century American composer Alfred Burt. Special guest performers include an ensemble of professional Atlanta-area wind and string players as well as (on Sunday afternoon) the Griffin Choral Arts Children’s Chorus (now in their second year).

Alfred Shaddick Burt was born in Michigan’s Upper Peninsula, the son of the Reverend Bates Burt, rector of St. Paul’s Episcopal church in Marquette, and Emily May Burt. In 1922 the close-knit family moved near Detroit, where the Reverend Burt took over All Saints’ Parish in Pontiac. That year the Reverend Burt (a self-taught musician) also began the family tradition of writing poems and music as Christmas cards to friends and parishioners. Sharing in the production of these annual musical greetings was the church’s organist, Wihla Hutson, who wrote many of the texts. But beginning in 1942, young Al would take over the tradition, using the gift of composition he had developed earning his music degree at the University of Michigan. Though a well-rounded musician, Al found his true calling in jazz, as a cornetist and arranger for popular jazz orchestras of the time (most notably Alvino Rey’s), whose touring and networking eventually drew Hollywood’s attention to his music. From increasing numbers of best-selling Christmas-music albums beginning in 1954 grew the widespread popularity that the Alfred Burt Carols enjoy still today, not only for the sentiments of the lyrics but also for the surprisingly fresh and durable jazz-harmony character of the music.

The Alfred Burt Carols were first published in 1954 as a set of three (selections from Sets I and II being sung tonight). Since jazz-improviser Al Burt (also a competent pianist) would rarely accompany the carols the same way twice, publishers called upon choral arranger Hawley Ades (1908-2008) for the a cappella arrangements in the edition.

Caroling, Caroling
The most familiar and most-often-recorded of the Burt carols, this opens not only the three-part edition of the carols but also tonight’s concert. The text is by organist friend of the Burt family Wihla Hutson.

All on a Christmas Morning
A quieter contrast to the infectiously rollicking opener is this question-and-answer reflection on the identities and desires of visitors to the Bethlehem stable. The text is by the Burt family patriarch, the Reverend Bates Burt.

Christmas Cometh Caroling
This is the first carol composed by Alfred Burt when in 1942 he joined the family musical Christmas-card tradition. The text is by “Father Andrew,” the spiritual name of British priest Henry Ernest Hardy (1869-1946), a co-founder of the first Franciscan Order in the Anglican Church and the prolific author of the 1935 London-published collection Carols and Christmas Rhymes, in which Bates Burt had found this text.

Even though the composer’s name may not be so familiar as the tune, probably the most famous piece by Baroque composer Charpentier is the opening trumpet fanfare from his Te Deum in C major, which often appears as a processional at weddings and other ceremonial occasions.
Insights into the Chapentier masterwork performed tonight, the Midnight Mass, are provided by program annotator John Bawden in notes for a 2007 concert by the Fareham (UK) Philharmonic Choir.
Marc-Antoine Charpentier was one of the most outstanding musicians in late seventeenth-century France. As a young man he had spent three years in Rome studying with one of the leading Italian composers of the day, Giacomo Carissimi, with whom he acquired valuable first-hand experience of opera and oratorio – both relatively new forms at that time. On returning to his native Paris he put these skills to effective use, composing a number of operas and bringing the dramatic oratorio to France for the first time.

Charpentier’s output of sacred music was prodigious, comprising some thirty-five oratorios, eleven settings of the Mass, over two hundred motets and the well-known Te Deum, the overture of which is used as the signature tune for the Eurovision Song Contest. (It is rather ironic that the music of a composer who faced a continual struggle to achieve recognition during his lifetime should now be familiar to millions of people right across Europe!)

Charpentier was particularly drawn to writing Christmas music, producing instrumental carols, Latin oratorios on Christmas themes, French pastorales and a Christmas mass – the delightful Messe de Minuit pour Noël. This piece dates from around 1690 and was probably composed for the great Jesuit church of St. Louis in Paris, where Charpentier held the important post of maître de musique.

The use of popular carols in church music had long been an accepted practice. In England carols were more often sung than played, but in France noëls figured prominently in the substantial French organ repertoire. The liturgy of Midnight Mass permitted the singing and playing of these Christmas folksongs, and by Charpentier’s time quite complex instrumental arrangements were commonplace. However, Charpentier’s idea of basing a whole mass on these songs was completely original. Altogether there are eleven noëls, most of which are dance-like in character, reflecting the carol’s secular origins. In addition to the carol melodies that he adapted to fit various parts of the mass text, Charpentier also composed new material, such as the slow sections ‘Et in terra pax’ at the beginning of the Gloria and ‘Et incarnatus est’ in the Credo. It says much for the composer’s craftsmanship that these quite different idioms are so seamlessly and convincingly blended together.

Very little of Charpentier’s music was published during his lifetime. In common with a number of his colleagues he suffered greatly from the stranglehold exerted on Parisian music by his illustrious but unscrupulous contemporary, Jean-Baptiste Lully. Only in the late twentieth century has Charpentier’s music seen a substantial revival, with a consequent re-assessment of his true place in French music.
(quoted by permission © John Bawden, MMus., University of Surrey, UK)

Comments on the individual movements follow. Of special note is the appropriateness of the words of the carols Charpentier selects to the parts of the Mass to which he fits those words.

Kyrie
The three carols used in this opening movement are “Joseph est bien marié” (Joseph Is Well Married), “Or nous dites Marie” (Now We Are Called, Mary), and “Une jeune pucelle’ (A Young Maiden). The latter tune is probably the most familiar, often appearing in hymnals as “Twas in the Moon of Wintertime” (#244 in your pew-rack hymnal, although this setting uses the Huron-language tune name of the original French-Canadian hymn to use the text).

Gloria
The first part of this movement is based on the carol “Les bourgeois de Châtre” (The Bourgeoisie of Châtre), with the closing section based on ‘Où s’en vont ces gais bergers” (Where Go These Cheerful Shepherds?).

Sanctus
Except for the freely-composed Benedictus section the foundation carol is “O Dieu que n’étois-je en vie” (O God, That I Was Alive).

Agnus Dei
This concluding section is based on “A minuit fut fait un réveil” (At Midnight There Was an Awakening).

O Hearken Ye
This is the opening carol of Set II, brightly disguising the sadness of Alfred Burt’s 1953 diagnosis of terminal lung cancer. Even in this time he continued the family tradition of annual Christmas-card-carol writing, and conducted this carol for its 1953 recording session from his wheelchair. The text is by Wihla Hutson.

Some Children See Him
A progressive text in its time (by Wihla Hutson) in calling upon the world to set aside “racial” differences of physical appearance, the text may now show some age and cultural limitation by drawing attention to those distinctions in the first place. Even so, this simple, folk-tune-like carol proved to be among the most popular in the Burt collection, later being “covered” by Simon and Garfunkle, George Winston, and James Taylor.

Jesu Parvule
The title is Latin for “[Poor] Little Jesus.” This carol (with text by Bates Burt) follows “Some Children See Him” fittingly not only in sentiment but also in tenderly reflective musical style.

Ding Dong! Merrily on High 16th century French, arr. David Willcocks
The second of the carols from the Willcocks/Rutter collection sung by the chorus tonight is another text by G. R. Woodward. The setting of the traditional French carol melody is made especially memorable by the almost ecstatically bright organ accompaniment by long-time Director of Music at King’s College Cambridge, Sir David Willcocks (1919-2015).

Bright, Bright the Holly Berries
While many of the Burt carols surprise us with their bold jazz harmonies, this carol may be the most daring of them all. The text is by Wihla Hutson.

The Star Carol
This was the last carol Alfred Burt composed, only two days before he died, on February 5, 1954. The text is by Wihla Hutson.

This popular GCA yuletide concert “closer” was composed in 1962 by Rick Powell (1935-2006) and Sylvia Powell (b. 1937) when they were students at Florida State University. Also an FSU alum, GCA Artistic Director Steve Mulder has either sung or conducted this choral benediction on every Christmas concert (whether as a student or conductor in church, school/college or community chorus) since 1982.

Program notes by Bill Pasch (except as otherwise attributed), with thanks to Alan Benson and John Bawden.