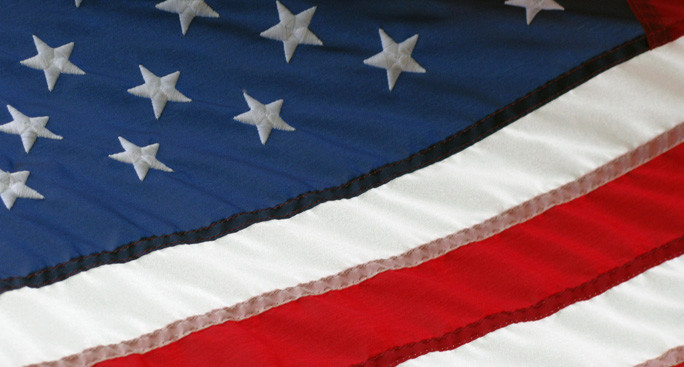 “I hear America singing!”  How many opportunities are there to hear America singing?  The answers are as numerous as the communities and churches across the nation.  Each day of the week, school choirs at the elementary, middle, high, and college levels rehearse and continually grow as individual musicians and cohesive units.  In much of the country, it is generally understood that Wednesday night is set aside for church choir rehearsal, to prepare for Sunday morning.  Community, volunteer, semi-professional, and professional choral organizations also meet to learn music and present their art to the world.

No concert of American music could claim to be comprehensive; instead, we have chosen to present you with a mere taste of America—singing!  Several of the composers and arrangers are currently living and working, some of them in the southeast.  Many are also active choral conductors.

Most of the texts and composers presented here are American in origin.  There are 19th century folk songs, 20th century poetry, and works composed as recently as 2008.  Though the program is not strictly chronological, the folk songs are first, and the penultimate set celebrates the rich contributions of church anthems to the American choral landscape.

Andre Thomas, arranger of the song from which we borrow the title of our program, is a contemporary choral conductor, composer and arranger based at Florida State University.  Thomas is well known for his arrangements and interpretations of African-American gospel tunes.   A common thread through many of these spirituals is the assurance of heaven, and “Walk Together, Children,” quoted here, celebrates the coming “great camp meeting in the promised land.”

James Erb’s 1971 arrangement of “Shenandoah” is surely one of the most often performed choral settings of any American folk song.  The song itself, like much folk music, is nearly pentatonic, and the melody outlines the waves of the often-referenced “rolling river.”  Just as a mighty river grows from a small spring, the most basic musical idea is introduced first.  In Erb’s capable hands, the eight distinct parts eventually roll over and around one another, growing ever larger before fading back to a single point like a river no longer discernable on the horizon.

“The Promise of Living” is taken from Aaron Copland’s only opera, The Tender Land, which was commissioned by two men whose names are inseparably linked with musical theater: Richard Rodgers and Oscar Hammerstein II.  Copland, who lived from 1900-1990, was a significant influence in establishing an “American sound” in the realm of art music.  Copland wrote for a wide range of performers, including solo voices, choirs, orchestras, and ballets.  The story of The Tender Land centers on the life of a small community in the Midwest United States during the 1930s.  Copland’s large intervals and wide-open harmonic structure are often considered to be reminiscent of the apparent limitlessness of the expanse of American prairie.  “The Promise of Living” uses these techniques to paint a musical picture of the fields, the grain, and the people who sing of their gratitude.  A Thanksgiving hymn at its heart, this chorus also provides an example of music written for an opera chorus, which is sometimes overlooked as a facet of choral music.

Randall Thompson’s song cycle Frostiana contains settings of seven Robert Frost texts.  Thompson, another American composer, was nearly an exact contemporary of Aaron Copland, living a life (1899-1984) squarely centered in the twentieth century.  Robert Frost is one of the best known American poets.  He was present at the world premiere of Frostiana, which was commissioned to commemorate the bicentennial of the founding of Amherst, Massachusetts.  We will present three examples:  “The Pasture,” “A Girl’s Garden,” and “The Road Not Taken.”  “The Pasture” is arranged for male voices, echoing the voice in the poem itself.  Thompson takes care not to obscure the text, but rather to enhance the invitation, “You come too!”  “A Girl’s Garden” is appropriately set for women; the unison melody of the beginning presents the neighbor’s reminiscence as if by a single voice.  “The Road Not Taken” may well be Frost’s most quoted poem, and it is appropriately included here.  Though the roads diverge in the first line, the harmonies, interestingly, don’t diverge until a bit farther into the text.  The famous last line, “And that has made all the difference,” includes a harmonic shift–an actual musical difference to underscore the textual one–then shifts back as the text repeats to close the movement.

“I Bought Me a Cat,” “Long Time Ago,” and “Ching-a-Ring Chaw” are all American folk songs, and carry with them varying degrees of familiarity.  Aaron Copland arranged many folk songs, and even quoted some of them in his orchestral works.  Copland originally set these melodies for solo voice, and Irving Fine re-arranged them for four-part chorus.  “I Bought Me a Cat” is a children’s song that continually repeats previous statements, much like “The Twelve Days of Christmas.” This technique would have been particularly useful for songs transmitted originally by oral tradition, and intended for use by children.  Rather than recounting a list of gifts, however, this example describes a growing menagerie, including the sounds produced by each species, for which it might also be likened to “Old MacDonald.”  “Long Time Ago,” a ballad, provides a beautiful contrast to the playfulness of the pieces that frame it.  The subject matter is poignant and the melody longing.  Repetition is again evident here as the phrase “long time ago” appears twice in each stanza.  This setting features a lovely descant sung by the soprano section, while the melody is placed in the tenor line.  “Ching-a-Ring Chaw” closes the Copland section by looking forward to “the promised land, and the promised glory.”  The seemingly nonsense syllables “ching-a-ring-a-ring ching ching, ho-a-ding-ding-kum-larkee”echo the sound of a banjo.

Stephen Foster did such an effective job of writing music that was adopted by the masses that many of his popular songs are sometimes incorrectly considered “folk songs” themselves, without attribution.  “Nelly Bly” is one example of a song that sounds so quintessentially American that it seems always to have existed in the national consciousness, but in fact it was composed in 1850.  It mentions aspects of everyday life:  such tasks as keeping a fire burning, sweeping the kitchen, and stirring a cooking meal aren’t altogether different from modern household tasks, but they have not been so poetically described recently as they are here.  The loving analogies are also undeniably folksy: Nelly’s heart is “warm as a cup of tea, and bigger than a sweet potato.”

David N. Childs is another contemporary musician whose composition activities are actually secondary to his conducting and teaching responsibilities.  Though he is originally a native of New Zealand, Childs earned his master’s and doctoral degrees in the United States, and currently serves on the choral studies faculty of Vanderbilt University.  “Where Your Bare Foot Walks” is dedicated to Childs’ wife Lesley; this setting was written for and premiered at the Childs’ June 2008 wedding.  The text is by Rumi, a 13th century Persian poet.

“How Can I Keep From Singing?” is an American hymn by Robert Lowry, originally published in 1869.  It is pentatonic, which adds a quality of simple, almost child-like faith to the text, which asks:  with assurance in the midst of storms, how could I not sing?  This arrangement, produced for the Atlanta Sacred Chorale by their conductor Eric Nelson, incorporates other well-known hymn tunes in the male voices.  Listen for “O For a Thousand Tongues to Sing” and “Amazing Grace.”   Nelson is actively involved in varied aspects of choral music: he is the Director of Choral Studies at Emory University, and Minister of Music at Second-Ponce de Leon Baptist Church, as well as Artistic Director of the Atlanta Sacred Chorale.

Rene Clausen is a conductor, composer, and arranger of extremely high caliber whose work in all three areas is known worldwide.  His Concordia College Choir has a well-deserved reputation as one of the best college choirs in the nation, and his works are performed regularly by choirs of all skill levels.  In 1989, during a time of great personal suffering, Clausen was drawn to the text of Song of Solomon 8:6.  His reflections on “Set Me As a Seal” are touching: “Some time ago my wife suffered 5 consecutive miscarriages. I wrote ‘Set Me As a Seal’ the next evening. I am struck by the phrase ‘for love is strong as death,’ because when I wrote it my actual feeling was ‘for love is stronger than death’; abiding, all-encompassing love absorbs even the pain of death. If the piece is about anything, it is about the simple but powerful conviction of permanent love that seeks to overflow the boundary between life and death. I can’t imagine a choir singing it without open hearts.”  Despite his prolific activity as a conductor and choral clinician, Clausen himself has never conducted a performance of this piece, so deeply felt is his personal connection to its composition.

“Blessed Be the Name of the Lord!”  Taken from Psalm 13, this text is universal in its scope–and use.  Dale Grotenhuis uses mixed meter and unusual rhythmic patterns to add interest and liveliness to this age-old hymn of praise.  Grotenhuis spent most of his career at Dordt College in Iowa, where he taught a wide variety of music classes.  His arrival at Dordt occurred in its third year of operation, 1959.  At that time, he was the only musician on faculty, and taught all the music classes that were to be offered.  Eventually, as the college grew, he was able to specialize in choral conducting, theory, composition, and analysis.  The cheerful melody and asymmetrical jauntiness assist in exhorting the listener, usually a congregation: “Praise the Lord!”

As the only overtly patriotic selection on the program, “Battle Hymn of the Republic” may well also be the most familiar.  The music was written in the 1850s by William Steffe, and the words by Julia Ward Howe in 1861.  Howe was a political activist whose many causes included abolition, pacifism, women’s suffrage, and establishing Mother’s Day.  Peter J. Wilhousky’s 1944 arrangement is the rousing choral version that is nearly as famous as the song itself.  With a beautiful four-part men’s chorale, marching patterns, and extraordinary piano accompaniment, this is exactly the kind of piece that is sure to keep America singing for years to come!