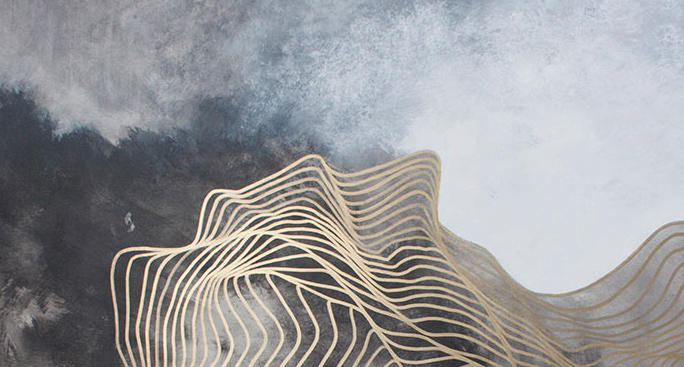 Welcome to “Cheers,” the tenth-anniversary edition of the popular winter holiday concert by Griffin Choral Arts—this year including for the first time the GCA Children’s Chorus, which will have its debut in the Sunday afternoon concert. We also welcome back our popular guests the Barrister Brass from Macon, as well as other guest musicians who join us in celebrating the season.

As with other Tenth Anniversary Season concert titles, “Cheers” suggests plaudits, we hope from the audience toward the performance, but even more importantly from everyone connected with GCA back in gratitude to you, the audience, without whom none of this would be possible. Of course, the concert title also calls to mind the many “cheers” of the season, including–but certainly not limited to–convivial holiday toasting. So here’s to us all! Cheers!
Once in Royal David’s City Arr. David Willcocks (1919-2015)

Since 1919 perhaps the most famous Christmas Eve processional in English-speaking Christendom, this carol has been the traditional opening of the service of Nine Lessons and Carols at King’s College Chapel at Cambridge University in England. A special honor for a boy soprano in the Chapel Choir is to be selected to sing the opening stanza (and, to spare the nerves of potential honorees, the soloist is not named until just before the service begins). The fact that our Thursday night soloist is female is reinforced by the rapidly increasing numbers of girl and young women singers in British church and college-chapel choirs (with King’s College now an increasingly rare exception).

The text is by Irish hymnist Cecil Frances (Fanny) Alexander (1818-1895). The hymn tune IRBY is by English composer Henry J. Gauntlett (1805-1876), and tonight’s arrangements are by A. H. Mann and David Willcocks, the latter music director at Kings’ College Chapel from 1957 through 1974.
Where Shepherds Lately Knelt Carl Schalk (b. 1929)
Published in 1987, this new carol reflects the deeply-moving ability of prominent Lutheran church music composer Carl Schalk and his frequent collaborator-lyricist Jaroslav J. Vajda to bring us as frail mortals individually to the Manger Scene. Perhaps Schalk’s (and Vajda’s) best-known Christmas anthem is the very similar Before the Marvel of This Night, which opened the first “Christmas with Griffin Choral Arts” in 2007.
A Ceremony of Carols, Op. 28 Benjamin Britten (1913-1976)
Britten’s famous suite of carols has for many years been a favorite inclusion on yuletide concerts, including “Christmas with Griffin Choral Arts” in 2009. When on that concert only excerpts were sung, and in arrangements for both women’s and men’s voices, tonight’s performance features the entire work as sung by women’s voices—Britten’s original intent.
No better appreciation of the origins and power of this work can be found than in the 2009 program note by the Clerestory ensemble (an affiliate of the San Francisco early Music Society):
Perhaps the most enchanting and haunting feature of Benjamin Britten’s A Ceremony of Carols is its simplicity. What could be more sublimely austere than medieval carols in Middle English, sung by robed choirboys, accompanied by the plucked strains of a lone harp? The picture and the sound evoke the hopeful, watchful sense of the days leading up to Christmas. All of this goes a long way to understanding [the enduring popularity of] A Ceremony of Carols, . . . and the piece is indeed all of these things that it appears to be.
But as is often the case with much-loved music–particularly when much is known about the composer’s life and times–there is more to the story. Britten wrote Ceremony in 1942 while crossing the Atlantic aboard a Swedish cargo ship–a dangerous proposition at any time, but much more so during wartime while German submarines prowled the ocean. (Britten actually intended to use the month-long voyage to complete what would become his well-known Hymn to St. Cecilia, but these early sketches were confiscated by customs authorities, who feared that the music was in fact a secret code.) Britten had departed his native England at the outset of the war in 1939 and headed for the United States, where his fame was growing quickly, and where, it must be noted, he was unlikely to be conscripted into the British army.
After several years abroad, he . . . found it time to return home, and . . . embarked on this voyage not knowing if Britten’s return home would be greeted by admiration for his boldness, anger at his flight, mere indifference, or– as it turned out–a mixture of the three. Shortly before departing the U.S., Britten had received a commission to compose a harp concerto, and in the meantime he had begun to familiarize himself with the instrument. This provided the basis and probably the inspiration for his choice of harp to accompany the vocal parts in Ceremony. Although the first published edition of the work recommended that boy sopranos–not an uncommon lot in Britain–sing the three treble lines that comprise the chorus, Britten’s early manuscripts show that he originally conceived of them as women’s parts. Some years later, Britten authorized an arrangement of the piece for four-part mixed voices (possibly at the suggestion of his publisher).
A Ceremony of Carols consists of eight polyphonic settings of mostly anonymous 15th- and 16th-century poems, which Britten had discovered in a handbook called
The English Galaxy of Shorter Poems that he found in Nova Scotia while the ship was in port. These eight carols are bookended by statements of the Gregorian chant “Hodie Christus Natus Est” (“Christ is born today”), and midway through the set is an astounding interlude for harp solo that features this same plainchant tune. The carols themselves show a remarkable diversity of styles, from the jubilant exultations of “Wolcume Yule” and “Deo Gracias,” to the pastoral solos of “That Yongë child” and “Balulalow,” to the martial urgency of [the expanding canon] of “This Little Babe.” (http://www.clerestory.org/wp-content/uploads/2012/02/Ceremony-of-Carols-Program.pdf)

While Britten’s masterful fitting of musical styles to the texts is evident in the texts themselves (see the Texts and Translations section of this program), of special interest is the source of the famous “This Little Babe” movement. The text was written by Robert Southwell (1561-1595), a poet and a religious martyr–hanged, drawn, and quartered for being a (Jesuit) Roman Catholic in the purges of the reign of the Protestant Queen Elizabeth I. (The text of “In Freezing Night” is also Southwell’s.) Of further significance in the rather horrific context of the text of “This Little Babe” is that the warlike imagery—especially the attack against “Satan’s fold” (reminiscent of the ancient trope of Christ’s “Harrowing of Hell,” though in this case not the resurrected Christ but the newborn Christ)—surely reminded Britten’s original listeners of the horrors of World War II they were experiencing firsthand. The music imitates the spiritual battle, with jagged rhythms and intensifying complexities in canonic, rapid-fire voice entrances. At the Sunday performance the GCA Children’s Chorus will join in the singing of this carol.
Ave Maria Franz Biebl (1906-2001)
Franz Biebl’s Ave Maria was made immensely popular by the San Francisco-based men’s choral ensemble Chanticleer, and continues to be the group’s most requested piece. The setting combines the traditional Angelus (the annunciation from Archangel Gabriel to Mary that she will bear the Son of God, to which Mary responds in humble obedience) with the Ave Maria itself (often known as the Rosary prayer, petitioning Mary to help intercede with God on behalf of her fellow mortals). Also included in the text is a quotation from John 1:14 (Et verbum caro factum est et habitavit in nobis: “And the Word became flesh and dwelt among us”).
Wilbur Skeels, publisher of several of Biebl’s works, recounts the 1964 composition of the piece:
Herr Biebl told me that when he was organist/choirmaster and teacher in the Fürstenfeldbruck parish near Munich he had in his church choir a fireman. It was common for companies, factories, police and fire departments, etc. to sponsor an employees’ choir, which often would participate in choral competitions and festivals with other similar choirs. This fireman asked Biebl to please compose something for his fireman’s choir for such an occasion. The result was the Ave Maria (double male choir version).
The piece gained practically no attention in Germany for many years. However, when Biebl was the head of choral programs for the Bayerischen Rundfunk (Bavarian Radio) he made a habit of inviting American choirs to come to Munich and sing on the radio and with other German choirs. One of these choirs [the Cornell University Glee Club] was introduced to his Ave Maria and brought it back to the U.S., where it became increasingly popular. When Chanticleer recorded it, it became a hit, not only in the U.S. but in Germany too, which now considered the piece must be special as it was such a hit in America! Biebl did arrangements for other voicings, and the seven-part mixed choir arrangement is now probably the most popular.
Biebl’s setting blends two musical styles: Gregorian chant in the solo trio verses followed by modern Romantic harmonies in the choral refrains. The result is a prayer-meditation that sounds much older than it actually is, but which in its compelling simplicity is one of the most ravishing compositions in all choral literature. Not surprisingly, Biebl is known mainly for this piece, but he is widely esteemed in Germany as one of its most distinguished composers of choral music. During his incarceration in a prisoner of war camp near Battle Creek, Michigan, in World War II, he was allowed to continue his choral composing and even to arrange concerts of choral and chamber music.
[The following four works, sung by the GCA Children’s Chorus,
will be presented only on Sunday, December 4.]

Program notes by Bill Pasch, copyright (except as otherwise noted) 2016, with thanks to Steve Mulder and David Stivers.